On the first night we were introduced to several people, most of whom I had forgotten straight away so the morning started with some polite nods and smiles.

The first yoga session wasn’t to bad despite being 2 hours long. Our instructor was mindful we had all had long journeys to get there so we did some meditation, some pranayama breathing and then a slow but steady session which ended with some gentle back bends and finally Savasana.

After the initial part it became apparent that the person in the back left corner was not one of us. She floated about the class offering help and sorting out positions as we went but also taking pictures. So basically there is no let up, we are literally being watched all the time, and then had to put in extra special effort when she got the camera out. That’s a new edge to a class, yoga with extra effort and breathing and looking good for the camera, I don’t think I like the yoga spy.

At the end of the class we did a few back bends, Camel pose was first, with several different versions depending on our practice. I place my hands behind me but struggle like crazy to do as instructed. I think my shoulders are going to pop, what is this all about? I sit up and yoga spy asks me if I want some blocks to help, I agree but don’t know what will change. As she brings the blocks over she tells me to turn my hands the their way around, before placing them on the block, aaaaahhhh, I see said the blind man. This is much easier with my hands facing that way, ok yoga spy, you can stay. 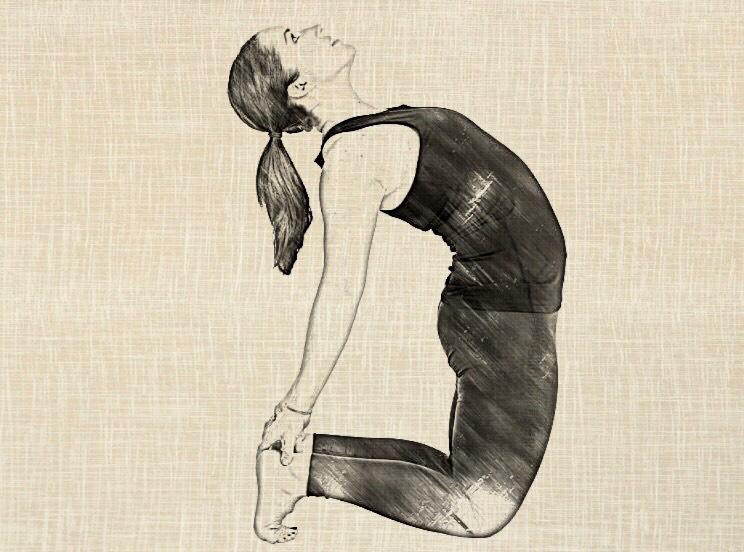